The recent release of Ionic React had me very excited about hybrid applications, so I decided to dive in and build a demo mobile app. Things were going smoothly till I had a CORS error on my iOS simulator. I was under the assumption that I wouldn't encounter CORS issues because I was running this on a device. This reminded me of two facts: 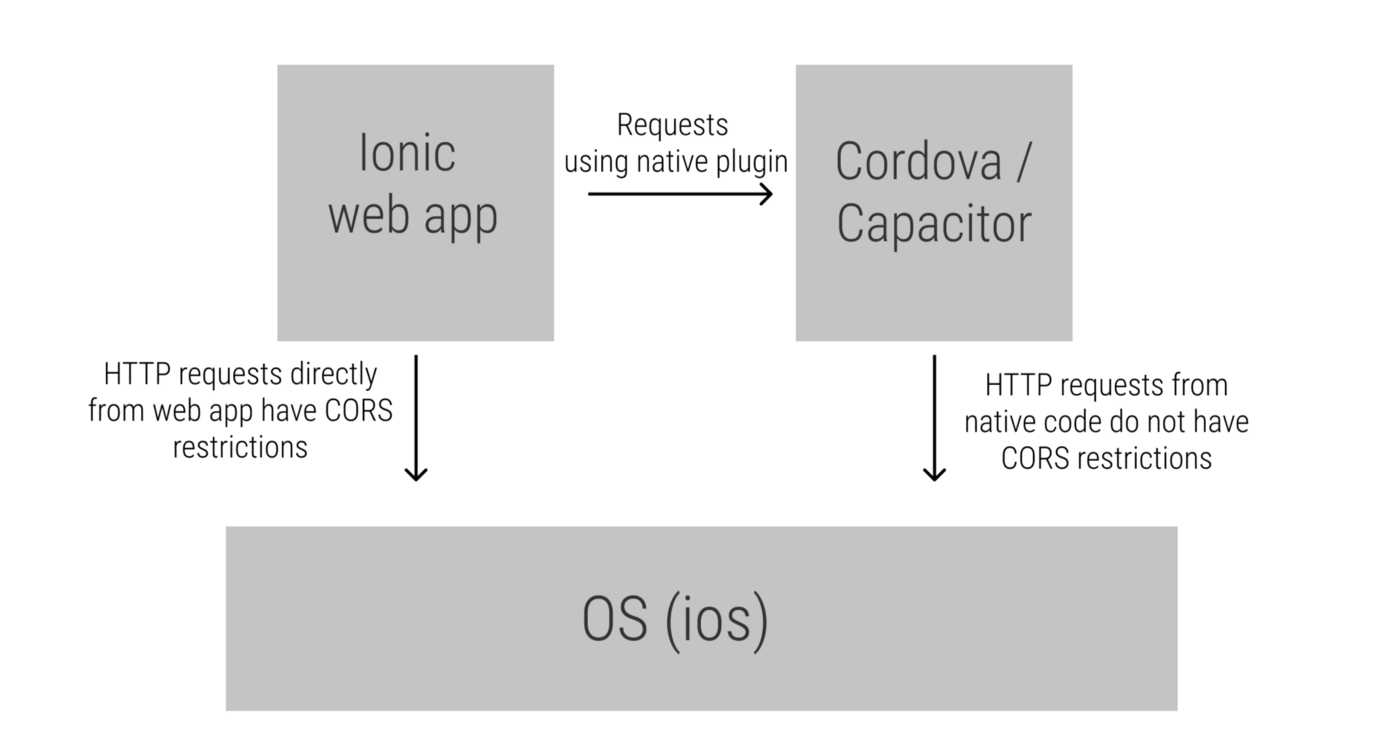 According to Ionic and the owner of the cordova-plugin-advanced-http repo, these are the advantages of using native requests. I definitely used native requests in my repo to bypass CORS restrictions.

The folks at Apollo have done an amazing job with designing the Apollo Client API. It’s designed to be composable, so you can compose the client to use your preferred network layer. The only caveat is the network layer you pass to Apollo has to fit the web Fetch API interface.

We can now build a wrapper on the native Cordova HTTP plugin to act like the Fetch API spec.

I used http-status-codes library to get the text representation of HTTP status codes. You can install it by running the command below.

Let's break this down.

Now we have our Fetch implementation of the Cordova native HTTP client, we can wire it up with our Apollo Client instantiation.

Voilà! In this file, we now swap the initial Fetch with our Cordova HTTP Fetch implementation. You should now be able to make your GraphQL calls with Apollo Client through the native HTTP client, and avoid CORS errors.

I have set up a demo repo on Github using Yelp’s GraphQL API since it does not support CORS. Check it out if you want to see how it all comes together in a project.